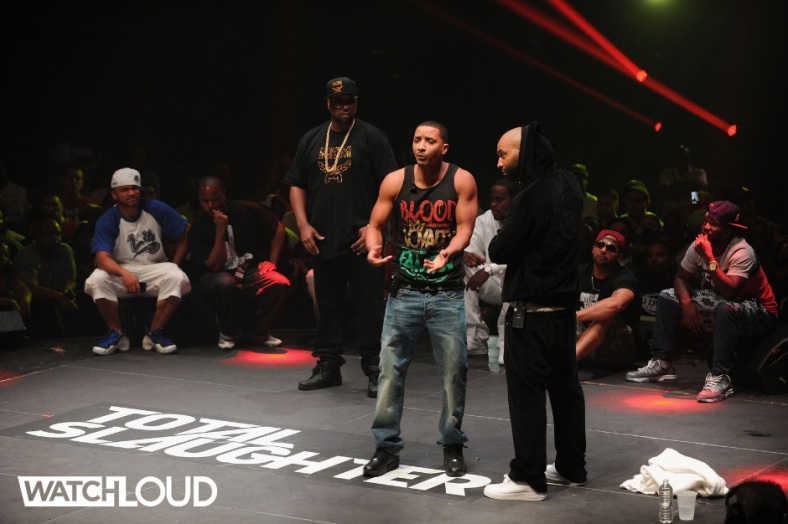 Eminem’s highly-anticipated battle rap event, “Total Slaughter,” went down at the Hammerstein Ballroom in New York City. The PPV competition featured some heavyweight battles, including a showdown between Loaded Lux and Murda Mook, and the main event: Joe Budden versus Hollow Da Don.

The battle between Joe and Hollow featured plenty of fireworks, and the Internet is still debating who ultimately took the win. Budden’s delivery during the match was questioned by some fans, while others called out some of Hollow’s lines. If you happened the miss the PPV stream last night, footage of the main event battle is now available to watch above.

After 5 seconds you may click “Skip Ad” at the right upper corner to continue to the lyrics.